What is a name? A random word that your parents or guardians choose to address you when you are born, and all of a sudden, your whole identity becomes that one word. Weird! Isn’t it? Have you ever thought about how different your life would have been if you had a different name?

When I was born, my parents had selected the name ‘Aishwarya’ for me. It was only a few minutes before the naming ceremony, my brothers who were 11 and 9 years old then, decided that I look more like an ‘Aswathy’ than ‘Aishwarya’. Either they thought there wasn’t enough ‘aishwaryam’ (prosperity) on my face to suit that name, or some girl in their school held that name. Definitely, chances are for the latter one to be true. However, everyone liked that name better, and that’s how I became ‘Aswathy Gopalakrishnan’ where Gopalakrishnan is my father’s name.

The name ‘Aswathy’ is quite common in Kerala. In fact, there were four Aswathys in my engineering classes, including me. For the same reason, I never had any issues with my name there, and everyone got my name right the first time I say it.

The problem started when I moved to the US after marriage. People there never got my name right, let alone the first time. I had to spell it out every time someone asked my name, and still, they didn’t get it. The issue was, even though my name spells Aswathy, it’s pronunciation is Ash-wa-thee. Let me tell you a small incident to help you understand better.

The first time I went to a Starbucks there, I had to spell my name multiple times to the cashier as she couldn’t figure it out, no matter how many times I told her. Finally, when my order came, she tried to call out my name but kept looking at it again and again, being unable to read it correctly. The weirdest part was that she kept shouting “ass… asss…” while trying to read the rest. That was the time I thought any other name would have been better than getting called ass multiple times.

Unfortunately, I didn’t know we could give pretty much any name at the counter. Of course, they are not going to ask your ID to serve you coffee. I got to know it when they called out for some Rocky next, and I saw Scorpy walking ahead to collect the order.

If you have already read my previous posts, you might know my husband by the name ‘Scorpy’. But, his real name is ‘Rakesh’. His name is quite OK for non-Indians to pronounce. Please don’t ask me why he gave the name Rocky at the Starbucks then. Sometimes, he can be weird like that!

However, Scorpy is pretty proud of his real name too. One day, he asked me, “Do you know why my parents named me, ‘Rakesh’?”

Rakesh Roshan was the only famous personality who popped up in my head with the same name (Let’s blame it on Bollywood). And, I asked, “Because you were bald like Rakesh Roshan when you were born?”

Scorpy frowned and said, “NO! I was born in the same year when Rakesh Sharma became the first Indian citizen to enter Space.”

“Oh! Yes!” I nodded my head in agreement.

Indeed a great reason to name one’s child! His parents definitely believed that the sky is not the limit and wished him limitless success. Sweet! Isn’t it?

Three years into our marriage, I was then pregnant with our son. I was on week 18 of pregnancy, and we had our appointment for the anomaly scan. We had seen the baby once during the 12th-week scan, and we were able to see one tiny little froggy jumping here and there. We were expecting him to look more human and respond much better in the 18th-week scan.

Another exciting thing about anomaly scan is that unlike in India, we get to know the gender of the baby as well. But, we were pretty convinced already that the baby would be a girl. I had severe morning sickness(read all day/night sickness) until the fifth month. Two of my friends who had similar symptoms have girls. Hence, we also thought that it’s a girl for us.

So, the scanning started, and we eagerly waited to see the baby move. But, to our surprise, he didn’t move at all. As he was lying face-up, the Sonographer couldn’t analyze his back and spine areas. But, he did reveal the surprise that ‘It’s a boy!’

Our eyes literally bugged out, and we asked, “Seriously! It’s a boy?!”

The Sonographer laughed out loud and confirmed, “Yeah! I am 100% sure of that. But, you may have to come in again in another two days to complete the scan.”

Stubborn As A Rock!

Now that we know it’s a boy, we started looking for the perfect name for our little fellow. But it wasn’t as easy as we thought. We both had some conditions based on the previous experiences we had with our names.

Scorpy said, “I don’t want the name to start with A. I don’t want my poor son to be the first one to be called out for everything.”

Fair enough! But, my name starts with A. So, my condition was, “If A is not allowed, then R is also not allowed.”. Scorpy’s big plans to have cheesy rhyming names ceased there.

However, we had the same opinion about the second condition. It should be a short name and could be easily pronounced by non-Indians as well. Even if they pronounce it wrong, it shouldn’t end up like my Starbucks story.

Given these conditions, we started looking for a name, and we came up with nothing! Absolutely nothing! None of the names we came across felt perfect.

Meanwhile, the day for our second appointment for the anomaly scan arrived. This time, I was a bit more prepared. I read online that having sugar and sweets can excite the baby. So, I had a glass of orange juice and some candy, a few minutes before the scan. But, the story repeated, and the baby wasn’t moving this time as well. However, he was lying face-down this time, which made it easier to confirm that the spine is perfectly alright. But, the doctors were a bit worried this time. They suspected that the lack of movement was due to some issues with his legs. They asked us to come in again for one more scan, after two days.

I was in my 22nd-week of pregnancy, and it was the third scan day. During the second appointment, our Sonographer had asked to book a different slot for a change. We usually booked the early morning slot as it was easy for Scorpy to go to the office after that. This time, we booked the afternoon one for a change.

We both were worried like anything, and our hearts were beating so fast, not knowing what is going to happen. The scanning started, and there the baby was, moving his hands and legs like a champ. The relief we had! It’s impossible to express it in mere words.

The Sonographer said, “I think he didn’t move for the last two scans as you guys came in the morning. It might be his sleep time, and he is just one stubborn little sleepy sleeperson who didn’t want to be disturbed.”

We both were laughing about it until we got back home.

Now that things were all OK, we went back to searching for a name for the stubborn little guy. And, finally, we spotted the perfect name, which means stubborn and strong-willed, on a website. What better name for our sleepy sleeperson who made us go to the hospital thrice for an anomaly scan, just because he wanted to sleep?! Also, it doesn’t start with letters, A or R. It’s short and sweet, and we were happy with how everyone pronounced it.

That’s how we named him ‘Dhruv’ which also means ‘The Pole Star’. He is still very stubborn when it comes to sleep. But, once he is awake, no one else is allowed to sleep as well.

When I decided to start a blog, I didn’t have to think much for a name. My life right now, revolves around this little star, and what better name to give my blog than ‘Life With My Little Star’?!

Thank you for reading my blog! Do you have any fun stories about your name? If yes, do share them in the comment section. I would love to read them 🙂

My On And Off Relationship With Hindi

Superpowers I wish I had : The Mom Version 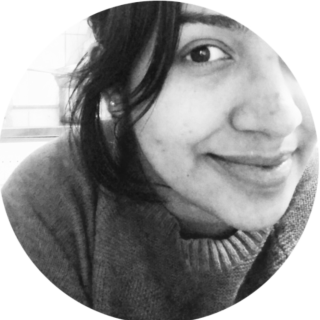